UNDERSTANDING YOUR DOG – NOT YOUR WOLF: The Social Group Contract 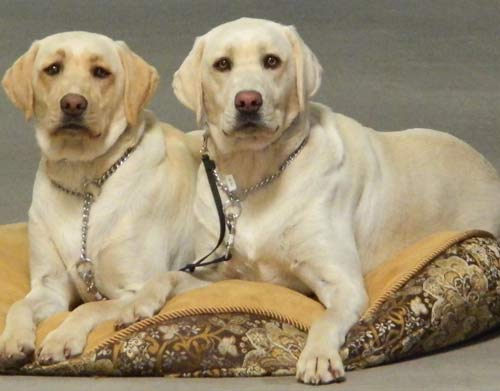 Although much ado is made by some people about how understanding wolves helps us understand dogs – I disagree (sort of).

What IS key in understanding modern dogs is to realize that ALL social group mammals (dogs, horses, cows, wolves, humans, etc.) live by the same social contract.  It is this trans-species social contract that predicts and gives us insight into their behavior (and ours).  Dogs and wolves live in groups called packs, horses and cows in groups referred to as herds, and humans live in families and communities.  Dogs are not wolves, and humans are not cows, but they are united by a common thread.  They are all social group mammals, and it is their membership in earth’s Social Mammal Society that helps us understand their behavior.  We can understand our dog’s behavior, NOT because he was a wolf then, but because he is a social group mammal today.  In fact, some scientists even question whether or not dogs are really descended from wolves at all, but perhaps from another predatory animal, like a hyena.  “Who cares?”, I say.

All social (group-dwelling) mammals live by similar instincts and when you get right down to it, all of them behave similarly.  They all follow the same “social contract”; it’s fascinating!  Tell me if you don’t agree:

DOGS ARE NO DIFFERENT.  Whether they live together in the same household, or just meet each other for an hour at the dog park, dogs instantly size each other up and a hierarchy of leaders and followers is established.  Watch who mounts whom, and who ends up with the Frisbee every time. You are watching the Social Group Contract at work!

2. Leaders arise from within the group, based on their ability to convince the   others that they are either stronger, smarter or more experienced, more confident or just better able to make and enforce rules. In a human family the parents make and enforce the rules, and the children follow them (or at least that how it’s supposed to work!).   Mayors, kings and tribal chiefs make rules about what can and cannot be done, and enforce their rules when these are broken by the citizenry.

DOGS ARE NO DIFFERENT.  Dog chose leaders who are able to control others and, ultimately, resources.  The dog that can say, “I don’t allow that” to any dog he chooses, becomes the defacto leader of that group.

3.  Members of the group tend to follow orders from their leaders, but not their subordinates.  Have you ever worked for a boss that got his job because of political favors or a family relationship instead of by merit, experience or ability?  It was really difficult taking orders from that person, wasn’t it?  This is because you did not see him as your true superior.  If you considered yourself more qualified than him, it was almost impossible for you to respect and follow that boss willingly.  Without respect, you looked “down” on him…and if he’s down there, he was, in truth, your subordinate.  That’s why it was hard to follow his directives!  We follow people we respect and look up to. Not so much the others.

DOGS ARE NO DIFFERENT.  They obey and follow the strongest leaders of the pack but tend to ignore or dismiss the weak, the nervous, and the submissive.  Our family dogs will follow the human in the household they most respect, but ignore those they see as weak or ineffectual.  Does your dog ever act like he can’t hear you?  Ignore your commands?  He’s telling you something…

Now, tell me that wasn’t fascinating!