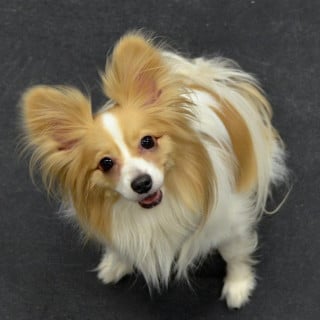 Training is what a dog knows.  Obedience is a dog doing what he knows, when he’d rather not. Most dogs I know are trained. Very few are obedient.

Most owners train their dogs. Very few know the difference between dog training vs obedience and how to turn training into true obedience. Here’s my approach, from the natural perspective.

In nature, obedience and following are about rank…not knowledge.
In nature, the strong are followed and the weak are dismissed.  Whether a dog lives in a wild dog pack, or as part of a human family, he will ask 4 questions that must be answered to his satisfaction BEFORE he will be “obedient” to another’s wishes – whether the “other” in question is a canine or a human-being:

1) Who’s Asking? And Do You Outrank Me?
A dog’s natural instinct is to hang around power and flee from weakness. A dog who outranks another has power.  That is the dog that will be followed and obeyed. A weaker, subordinate dog will be ignored, for to ally himself with a weakling puts a dog at risk of being picked off by other predators, which go after his weakling sidekick.

If your dog believes you outrank him in the hierarchy, you at least will have his attention. That’s a start. To go further and earn his obedience, you must answer these next 3 questions correctly.

“That which you cannot enforce, do not command.” ~ Sophocles

3) What If I Don’t?
Dogs are results-driven. They weigh all of their options, always choosing the most pleasant result and consciously avoiding the less pleasant result. (ie. They stay away from horses that kick, but will walk happily beside those that don’t). Have a consequence waiting for disobedience that is somehow less pleasant than the reward in store for obedience. The dog will CHOOSE obedience if you have stacked the decisional deck convincingly. (Remember: “less pleasant” doesn’t need to mean intimidating, painful or horrible! It just has to be “less pleasant” than the alternative).

4) What If I Do?
Have a FABULOUS reward waiting for your dog when he does what you asked – even if it takes him a while to respond. Since the bottom line for a dog is “What’s in it for ME?”, this is actually the most important question of all to answer.  Sadly, it is the one most forgotten and least often answered by dog owners.

Dogs are trying to figure out what we want. Most of us do a great job telling dogs what we DON’T want – but too often we forget to confirm what we DO want, when our dog finally complies. Don’t get stuck in an angry frame of mind if your dog has delayed his response. (Like taking an hour to “come” when called in the dog park, for example). When your dog finally does what you ask, make him GLAD he did it, by giving him a great result that he will seek out in the future!

Now go make your dog GLAD he’s working for you!