The P-Word: Why “Punishment” Makes Me Cringe 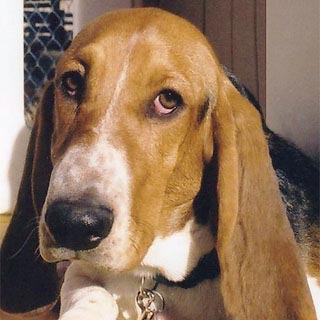 "From the get-go, dogs don’t know right from wrong or “should” from Shinola®… They invented the phrase, “If it feels good do it.” "

As a dog trainer, nothing makes me cringe like the use of the P-Word: “Punishment.”  I have a visceral reaction to it, like I have to several of the other culturally and emotionally charged words in our English language.  Here’s why I react to the P-Word:

From the get-go, dogs don’t know right from wrong or “should” from Shinola®…  They invented the phrase, “If it feels good do it.”  Timothy Leary just borrowed it in the 70’s. Dogs are not immoral; they are simply amoral.  Their world and their actions in it are determined not by asking themselves if the behavior they are considering is right or wrong, but by asking the question:  “How’s this gonna turn out for me?”

If a behavior ends up in the dog’s favor, they’ll repeat it – not because it was “right”, but because it turned out good for them.  The sandwich left unattended on the coffee table is a tasty treat just waiting to be enjoyed.  It is not “wrong’ to take the sandwich.  If it is yummy and there is no immediate downside to grabbing it, the dog will continue to be a sandwich-snatcher. In fact, the dog will be confused by the owner’s anger when he returns, finds the sandwich gone and tries to punish the dog for his crime.  “But you don’t understand…” the dog will try in vain to explain.  “It was delicious!”  Dogs are results-driven, not morally constrained.

Webster’s New World Dictionary defines punishment as “penalty for a crime or wrongdoing.”  How on earth can you punish an animal that does not understand crime or wrongdoing?   Answer: You can’t. It would be like putting a two-year old on trial for burglary for stealing his sister’s toy.  You cannot punish someone that has no idea they did anything wrong.

You can, however, discourage behaviors in your dog by associating unpleasant results to the behaviors you want him to avoid.  Remember?  Dogs are results-driven!  And in Nature, all actions have re-actions or results – some good and some not so good.  It’s how animals decide which behaviors they will repeat and which they will avoid in the future.  The sandwich-snatcher might think twice about grabbing that morsel if, at the very moment he reached for the ham and cheese, a loud and startling noise occurred just behind him.  If he associates the sandwich-snatching with the unpleasant result of the startling noise…this is what will change his behavior going forward, while the moral outrage of his owner in the example above did not register with him at all.  You cannot punish or guilt a dog into good behavior!

The word “punishment” is also emotionally charged – some would argue intentionally so.  Well-meaning dog trainers that label all corrective measures  as “ dog punishment ” tainting all forms of correction with the imagery of of anger, pain and conflict — without regard to the nuanced specifics.  Since no one in their right mind wants to hurt or harm their dog, all correction is avoided. Boundaries are not established. The dog’s actions do not have consequences. And the proverbial baby is thrown out with the bathwater. Has anyone seen my friend, Common Sense?  She appears to have gone missing.

Oh, there she is!  Common Sense is back!  Welcome home, girlfriend.

16 thoughts on “The P-Word: Why “Punishment” Makes Me Cringe”