RULES TO THE RESCUE: Help a Rescue Dog Feel Secure 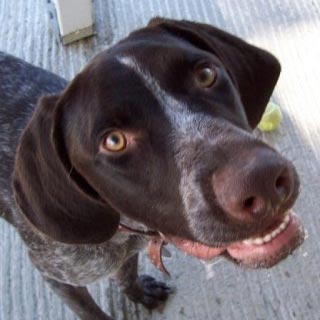 I was reminded yesterday as I consulted with a rescue dog owner, how little guidance there is for dog owners that adopt a rescue dog.  When they bring their new dog home, they do what they think is right to help them acclimate to their new forever home, but often do exactly the WRONG things. Here are my best rescue dog tips:

What makes a dog – any dog – feel secure is predictability and structure in their life.  This goes double for a rescue dog.  What has been missing in their life is predictability and routine.  They have lost their original family (if they ever had one), and often have been bounced from shelter to shelter, foster home to foster home, and so on.  When they arrive at their new “real” home, they are often shell-shocked, nervous and full of emotional baggage.  In response to their new dog’s emotionally challenged state (real or perceived), the new owner often falls over themself to accommodate and lavish the good life on their new dog.  They avoid telling them “no” to anything, they make life as undemanding as possible, they avoid putting them in a crate or dog run for fear it will conjure up old nightmares, and generally walk on proverbial eggshells around them.

WRONG!  It may seem like the right thing to do, but what these rescue dogs really need is NOT more freedom – freedom worries a dog.  They want rules, they want a leader to assume their previous burden of survival and self-reliance and they yearn for clear understanding of where they fit in the new family hierarchy.  (In the natural world of dogs, a clearly established pack hierarchy is one of the keys to a dog’s very survival).  A rescue dog does not WANT the pressure of freedom, nor the burden of independence and self-reliance. They just want to know who’s driving the bus, and what their seat assignment is.  LOL!

Lots of reasonable rules, consistently and compassionately enforced, will comfort and calm a rescue dog, because it takes the burden of choices and responsibility off of him.  Don’t be afraid to set boundaries for behavior at home!  Immediately enroll in training, enthusiastically take charge, and you will see your rescue dog blossom in the understanding that he has a strong and competent leader at the wheel, and a clearly defined place in the family where expectations are clear, rules are enforced, and he knows that his tomorrows will be the same as his today.

Do you have questions about YOUR rescue dog and his behaviors?  Just ask!

38 thoughts on “RULES TO THE RESCUE: Help a Rescue Dog Feel Secure”