Poopsie and Her Prey Drive 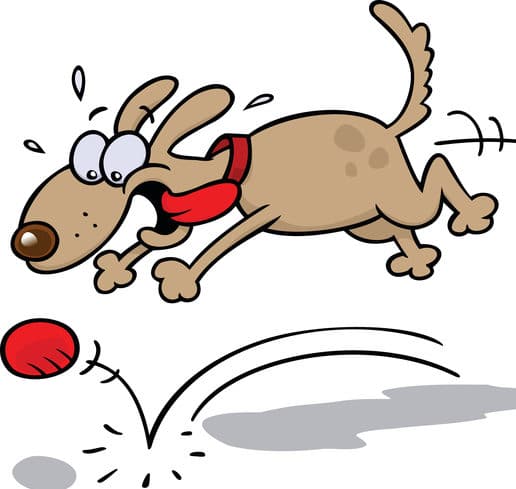 "It may be hard to believe, but even that adorable, fluffy little lap dog is – at her core – a killing machine."

An Honest Look at Dogs Today:  From Predator to Lap Warmer

Lassie, Eddie, Rin Tin-Tin, Benji, Old Yell’er – our favorite dogs of script and screen.  So smart, kind, dependable and human-like. . . yet none of them real.  Hollywood, Saturday morning cartoons, most fiction writers and even the media have promoted an image of dogs that in most cases is very warm and fuzzy — but far from true.  Most of us have grown up believing that dogs are gentle creatures that live to please and serve their masters, and would sacrifice their own lives to save ours.  It’s a beautiful fantasy but as with most fantasies, it just ain’t so.  Unfortunately, however, these fictional portrayals of dogs color our real-life perceptions.   When our pet dog exhibits prey drive we are shocked and dismayed.  In reality, he’s just being a dog.  Here’s the real scoop on understanding our canine friends and what makes them tick:

Every current domesticated dog is descended from wolves (or similar creature, again depending on which expert you ask).  Wolves, as we all know, are predators who survive by stalking, chasing, catching, killing and eating their prey.  This means all domesticated dogs, regardless of breed, are descended from predators.  It may be hard to believe, but even that adorable, fluffy little lap dog is – at her core – a killing machine.  If you need proof, watch her with a squeaky toy.  Why is she so entertained by that little ball that squeaks every time she picks it up?  It’s because every time she bites down it squeals out – just like a hunted animal in pain.  Yikes!  Why do you think she goes after the squeaker first, and won’t rest until she dislodges or destroys it?  Because her prey is not dead until it’s quiet, that’s why.  Yikes again!  Who knew?  You’ll never look at a squeaky toy – or your dog – in the same way again, will you?  That’s the point.

Although it might be a little unnerving to think of dogs in this way, it is central to understanding them, and to living with them safely. I’m never surprised when I read of a horrible incident involving a dog and a human.  Horrified, yes, but surprised?  No.  In most cases, it is human ignorance that caused or made the situation worse. I could write a book on this subject alone, but for now I ask you to stop thinking of dogs as harmless, loving creatures, and respect them for what they truly are.  They are predatory hunters that can, if treated correctly and managed safely, enjoy living with us and much as we enjoy living with them.  Handled with care and knowledge, they can add boundless joy and companionship to our lives and those of others.  Handled or treated improperly, they can be as dangerous as any weapon.

Variations on a Theme:  Understanding the Basic Model Dog

Remember that all dogs are, at their core, hunters and predators.  Early man used dogs because they were predators, and could help him hunt for food more effectively.  As time went on and civilization progressed, man needed dogs to do more specific tasks for him, like guarding his livestock, herding his sheep, getting rid of rats and mice, or pulling his goods to market.  Man took this basic hunter, and bred it selectively to enhance certain of his traits and diminish others so that his purpose would be served.

Your Basic Model dog was skilled in two areas:  hunting and self-protection.  They needed to eat and they needed to survive.  Nature equipped them to do both.  Knowing how to protect themselves and their pack is how dogs have survived for thousands of years without fences.  Hunting for prey is how they fed themselves before kibble and canned food.  Let’s talk more about hunting.

From this Basic Model, man bred different dogs to be better at different things.  For example, the dogs he bred to help him herd his sheep were bred to be better at eyeing, stalking and chasing, but not so quick to kill and eat.  Others, like the terriers, were bred to chase, grab and quickly kill those foxes in the henhouse and those rats and mice eating the grain and threatening his livelihood.  As modern dogs’ functions were refined, their looks changed.  Originally this was not intentional; just a byproduct of the selective breeding that enhanced their behavior and performance.  If you did the job, you got to breed and reproduce with another dog that could also do the job.  Looking pretty had nothing to do with it.  So originally, form followed function!  Breeding a dog for its “look” is a relatively new practice in terms of the overall history of dogs.

All of the purebred dogs we know today (as well as the purebreds making up that ‘mutt’) can be divided into several major Groups.  These groupings are based, for the most part, on function not appearance.  All the hunting dogs are grouped together, and all the herding dogs, and so forth.   Understanding these groupings and which breeds are in which group is important!  Knowing what each breed group was bred to DO, will give you an important insight into whether or not you want to take on what nature and generations of selective breeding have produced.   Don’t choose a breed because it’s beautiful.  That beautiful dog may have been bred to do things you don’t want in your life.  (READ:  my “Breed Differences” blog.  http://www.dogtalkdiva.com/2015/04/01/breed-differences-variations-on-a-theme/)

All of this to say, when your dog wants to chase your cat,  or the neighbor’s fluffy little dog or the kids that race by on their bicycles, don’t be alarmed when your dog’s prey drive is awakened.  Understand that there is nothing “wrong” with your dog.  You simply need to get some professional instruction on how to control and manage Fido’s natural drive.  In some cases, channeling prey drive into certain dog sports like hunting,  herding, scent detection or lure coursing can be fun and helpful.  But most dogs do just fine with better leadership and owners that are trained to recognize and manage their dogs basic instincts.

Now, live long and safely with your pet.