MY DAY with TRAINING a HORSE 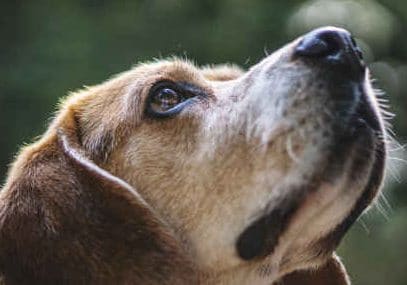 "My friend could not get her horse to cross this or any OTHER wet ground on her rides. It was seriously limiting her life with this horse. I decided to try my dog training approach." My good friend and riding buddy called the other day. She wondered if I could help with a horse behavior issue that had confounded her for weeks. Her new horse would NOT go over water on the trails near her house. She said she had tried everything, to no avail. It was limiting what she could do and where she could ride this horse. She was at the point of desperation and asked if I could come over to try and help with training a horse….hers!

I arrived and we tacked up the horse, to give him the feeling that we were about to “work.” We walked the horse down to the pasture, where there is a very shallow, nearly dry, ditch. There was just a tiny bit of wet mud there, but it was at this tiny, nearly obscure ditch that the horse had made his stand. He would NOT cross it. It wasn’t clear whether he was afraid or just stubborn, and at this point it didn’t matter. My friend could not get her horse to cross this or any OTHER wet ground on her rides. It was seriously limiting her life with this horse.  I decided to try my dog training approach.

I put a lunge line through the horse’s bridle, and asked him to trot a circle around me, with the ditch on the far side of our circle. Predictably, when he reached the ditch, he screeched to a halt. Now the standoff and meeting of the minds began. I had a choice here: to get really aggressive and demand that the horse cross, or wait patiently and gently increase my pressure to cross while I simply disallowed any backing up on his part. I opted for the latter. I decided to try the same approach I take with dogs. I made one behavior clearly easier and more pleasant than the alternative. I made it easier to cross than to back up…and in less than a couple of minutes, the horse had jumped the ditch. I did NOT project desperation, frustration, anger, or impatience. I kept as calm as possible and was confident that eventually everything would work out. It did! We repeated this crossing several times with quiet talk and patience. By the fourth time, the horse WALKED across the ditch. I had not rushed him into a decision he was unsure about. I did not force him. I simply stood my ground and patiently insisted. JUST LIKE I DO WITH DOGS!! It was fun to see the corollaries.

We then took the horse to a MUCH more challenging area: a 20’ section of narrow trail that had sucky mud at both ends and wet gravel in the middle. Again, with a long lunge line (me at one end of the trail, the horse at the other), lots of patience and us making one option (crossing), clearly easier and more available than the alternative (backing up), we were successful in just minutes. There was no confrontation, frustration or impatience. We were prepared to stand our ground as long as it took. With that confidence and ”plan”, it didn’t take long before the horse was willingly crossing in both directions! Then my friend mounted her horse and he crossed the dreaded mud and wet with just her gentle clucking – again with NO hesitation! We were elated. Back at the barn, the horse got LOTS of carrots and love. We celebrated.

Afterward, my friend and I debriefed re: our afternoon success. We figured out that she had been frustrated with the horse, too impatient and perhaps too confrontational in her previous attempts. In the animal world, frustration and impatient confrontation are NOT qualities of a competent, trustworthy leader. True animal leaders are usually quietly confident. Her horse had either been worried or unconvinced of her ability to be his leader – he needed to trust her and/or respect her before complying. Being asked to rush into something without trusting her as Leader or believing that she had the right to ask in the first place…made him refuse. When she projected more like a natural leader, however, getting rid of the frustration and impatience, having a plan, respecting the animal, working with his natural instincts, and being focused and patient until she got her way – Voila! Success.

My point is this: Getting animals to do what you want is the same across the species, whether the animal is a dog, a horse…or a human, for that matter!

3 thoughts on “MY DAY with TRAINING a HORSE”